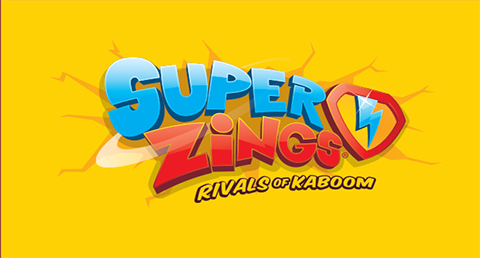 SuperZings is the ‘hero vs villain’ pocket money range that sees everyday objects and food as collectable characters. Series 4 will see the introduction of 80+ new characters including rare and ultra-rare finds, with accessories and play sets adding new elements of gameplay to further evolve the world of SuperZings.

The eight new Blaster Jets vehicles (RRP £2) will take battle to the next level, as kids fire the weapon disc at an opponent to see who has the greatest superpower. Eight super-powered Mega Jets machines (RRP £4) are also available to collect. Kids can connect a Mega Jet to a Blaster Jet, press the launch button and knock out any enemies in the way.

The SuperZings range has exceeded expectations since launch at the beginning of 2018, with sales to date of over 11m units. Series 3 got off to an impressive start in February with sales up 125% on the Series 2 launch, driven by fans trying to find the new and elusive Mr King.

SuperZings Series 4 will be supported by a significant launch marketing campaign including TV, digital, social, unboxings, PR and webisodes to introduce the characters and their rivals as well as the full product range.

Julia Cake of Magic Box Toys commented: “We’re really excited about the fourth series of SuperZings. It is an innovative brand that continues to grow at a rapid rate. We know we have created a really likeable concept with a hugely popular theme. Each new series sees its own point of difference, and we are developing a strong licensing range with Lisle Licensing which offers the opportunity for SuperZings to grow even further.”