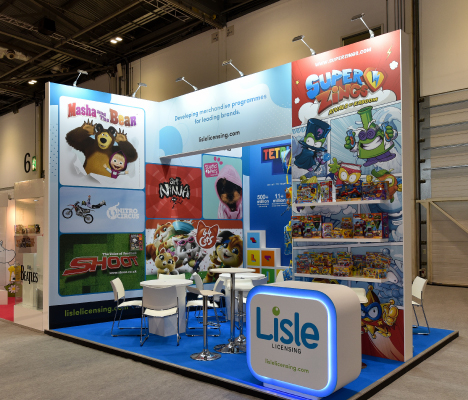 A week of back-to-back meetings with potential licensors and licensees saw our Managing Director and Brand Director Colin and Francesca making great new connections as well re-establishing connections with our European and global partners.

Our stand was situated in a prime spot, right next to household brand WWE and just round the corner from Playstation where our Properties were on proud display.

This year we featured, Tetris, MojiPops and SuperZings on full walls, with Masha and the Bear, 44 Cats, Shoot!, Studio Pets by Myrna, Nitro Circus and Andy Capp.

The Sharpe Company has appointed brand licensing agency Lisle International in the UK to license and build merchandise ranges for critically acclaimed artist Zoobs.  Lisle are a strategic licensing agency with a wealth of experience launching new brands and an innovative approach to brand development making them an ideal ‘fit’ to launch Zoobs merchandise range in the UK.

Zoobs is known for his interesting and thought provoking art which has been featured in magazines including Vogue and Vanity Fair and built him a plethora of celebrity fans and collectors. Zoobs’ most famous piece depicts Kate Middleton, referencing the Sex Pistols cover art, titled “God Save the Future Queen”, which Dolce & Gabbana used to inspire a fashion collection. The picture now sits in pride of place in their flagship retail outlet in Bond Street London.

END_OF_DOCUMENT_TOKEN_TO_BE_REPLACED

Ink has revealed details of a major Europe-wide toy deal for Russian animation Masha and the Bear, with Simba Dickie coming on board as master toy licensee.

Having established itself as one of the most popular shows in Russia, Masha and the Bear is now going global, and agreements are in place with major broadcasters across Europe and the rest of the world to screen this hilarious cartoon. Simba Dickie is set to develop a huge range that includes plush, construction, wooden toys, summer toys, wheeled toys and arts and crafts. The new deal covers Eastern Europe, GAS, Iberia, the Nordics, Benelux, France, Italy, and the UK, with product set to launch from Q1 2015.

END_OF_DOCUMENT_TOKEN_TO_BE_REPLACED 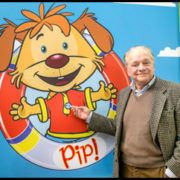 Lisle International was delighted to welcome the British renowned legend along with CHF Entertainment’s managing director, Simon Hall to their stand as part of the launch of the new pre-school property and animated TV series – Pip!

Sir David took part in photo opportunities and gave various interviews about his role in Pip! attracting a lot of attention from both visitors and press.