New York, NY – March 15, 2018 – HISTORY announces “Evel Live,” an unprecedented three-hour live event created in partnership with Nitro Circus Media Productions, premiering Sunday, July 8 at 8PM ET as part of the network’s second annual car week. During “Evel Live” American professional motorsports icon Travis Pastrana will honor legendary daredevil Evel Knievel by attempting three of his most dangerous feats in Las Vegas, Nevada, all while riding a modern day recreation inspired by the motorcycle Knievel used. These include: breaking Knievel’s record jump over 50 cars, another record-breaking jump over 14 full size buses, and aiming to make history as the first person to successfully jump the Caesar’s Palace fountain on a bike similar to the one Knievel used 50 years ago – an attempt that ended with a crash that left him grasping for life. If Pastrana rides away from all three, he will be the only person to successfully beat two of Knievel’s distance records and land a jump over the fountain on a v-twin motorcycle. All of this will happen in the span of just three hours, and HISTORY will capture every exhilarating, nerve-wracking moment live.

“Death-defying feats have fascinated audiences for centuries and Evel was one of the most iconic daredevils in history whose drive, determination and boldness inspired America,” said Eli Lehrer, Executive Vice President of Programming, HISTORY. “50 years after Evel went head-to-head with danger at Caesar’s Palace, Travis will attempt to catapult his most ambitious stunts to unthinkable heights. This extraordinary live event will certainly be history in the making.”

“’Evel Live’ is a passion project we have been working on for a long time now with Travis,” said Andy Edwards, President of Nitro Circus. “We are so excited for viewers to see this thrilling event live on HISTORY as the centerpiece of car week.”

Alongside the three epic jumps will be live interviews with Knievel and Pastrana family members, archival footage of the history behind Knievel’s many daring jumps, and expert analysis. Evel Knievel was the world’s first iconic daredevil. Spanning a career of 15 years that saw 75 spectacular motorcycle jumps – and a few harrowing accidents – Knievel created a legacy that inspired generations and left audiences in awe of his audacious feats. Fast forward to the present day and Pastrana has stepped into Knievel’s shoes as America’s modern-day daredevil. Inspired by his predecessor, Pastrana was the first person ever to land a double backflip on a motorcycle and now leads Nitro Circus’ team of skilled athletes and adrenaline-charged thrill-seekers, which for 15 years have thrilled millions worldwide with their daring exploits.
“Evel Live” is produced by Nitro Circus Media Productions. Trip Taylor and Dave Mateus are executive producers for Nitro Circus Media Productions. Zachary Behr, Sean Boyle and Mary Donahue are executive producers for HISTORY.
About HISTORY®
HISTORY®, now reaching more than 96 million homes, is the leading destination for award-winning series and specials that connect viewers with history in an informative, immersive and entertaining manner across all platforms. The network’s all-original programming slate features a roster of signature series including The Curse of Oak Island, Forged in Fire, Alone, Pawn Stars, American Pickers, as well as the hit drama series Vikings and SIX. The HISTORY website is located at history.com. Follow us on Twitter at twitter.com/history and Facebook at facebook.com/history. For more press information and photography, please visit us at http://press.aenetworks.com.

About Nitro Circus
Nitro Circus, the world’s biggest action sports entertainment brand, creates electrifying live events and unbelievable original content that at once exhilarates, captivates and inspires thrill-seeking fans worldwide. Co-founded by global superstar Travis Pastrana in 2003, Nitro Circus has since grown into a multiplatform phenomenon producing hit television shows, critically acclaimed documentaries and innovative digital offerings. That success gave rise to the Nitro Circus Live tour. Created in 2010, Nitro Circus Live has travelled the globe, playing to sold-out stadiums on five continents. The company introduced an innovative breakthrough in 2016 with the debut of Nitro World Games, completely rebooting action sports competition in the process. With over three million tickets sold to date, television programming that has aired in over 60 countries, more than 20 million engaged fans across its social media platforms and a burgeoning consumer products business, Nitro Circus is at the forefront of action sports and entertainment. For more information visit nitrocircus.com. 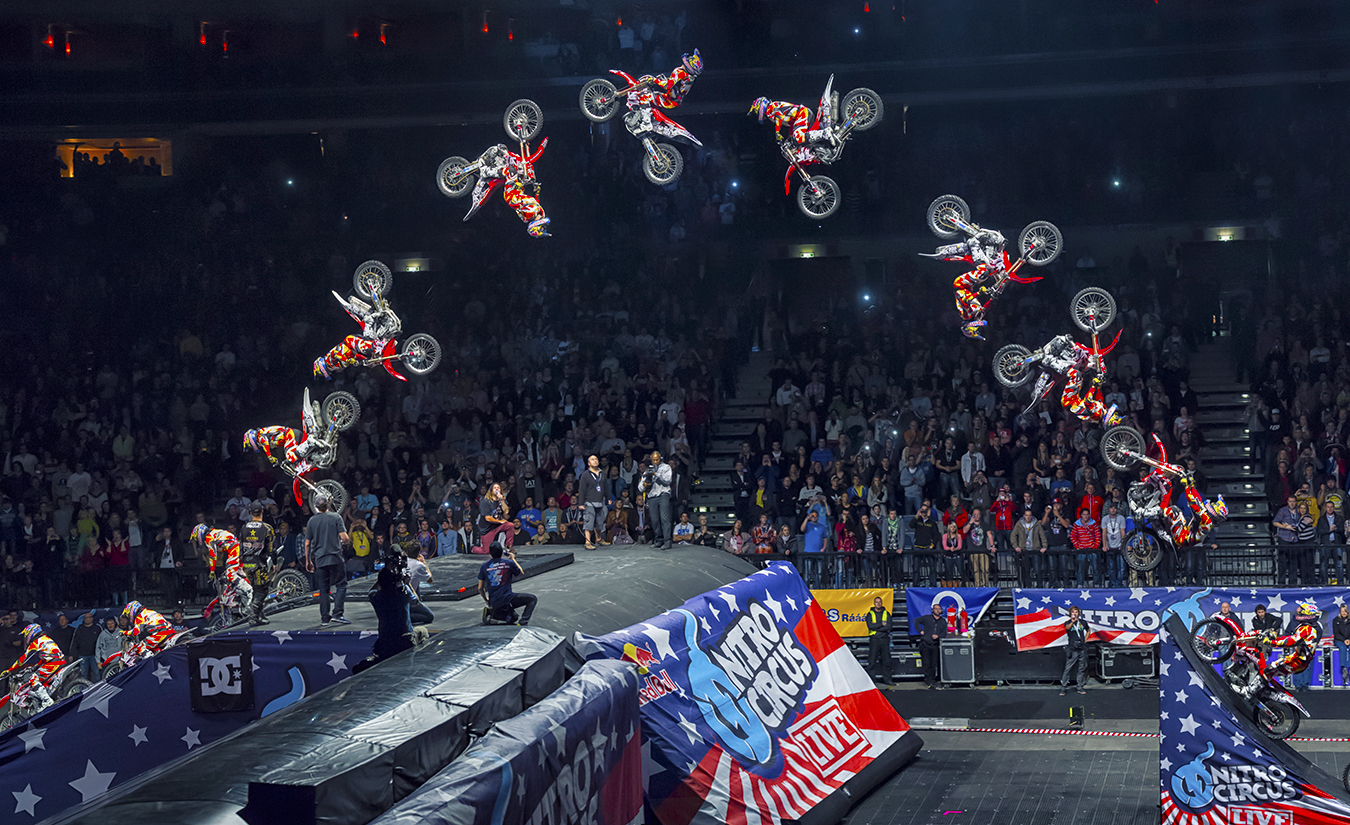 SuperZings off to a flying start

Masha springs into The Entertainer!
Scroll to top