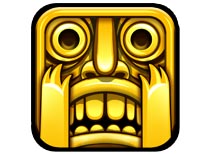 Lisle International has unveiled details of a deal with cult entertainment retailer, Forbidden Planet that will see the store launch a retail range of products for the digitally inspired property and record breaking downloadable game, Temple Run™.

Forbidden Planet has nine stores in the UK all placed in major cities, including the London Mega Store which is the largest cult entertainment store in the world. In addition to the high street outlets, the group also has a huge online business and is seen as THE destination for all niche merchandise relating to sci-fi, gaming and digital properties.

As part of this new deal brokered by Lisle International, Temple Run™ merchandise including T-shirts and hoodies, mugs, greeting cards and many other gift items will be available to purchase from late August this year by the millions of Temple Run fans eager to get their hands on merchandise.

“The Forbidden Planet customer base could not be more perfectly matched to the Temple Run™ core audience and this agreement will allow us to reach the fans of the game this year. The Temple Run™ fan base is growing at a rapid pace and Forbidden Planet is a great retail destination to launch a wide merchandise range.”

“We are delighted to have signed up for Temple Run™ and are looking forward to bringing a range of merchandise to market this autumn.”