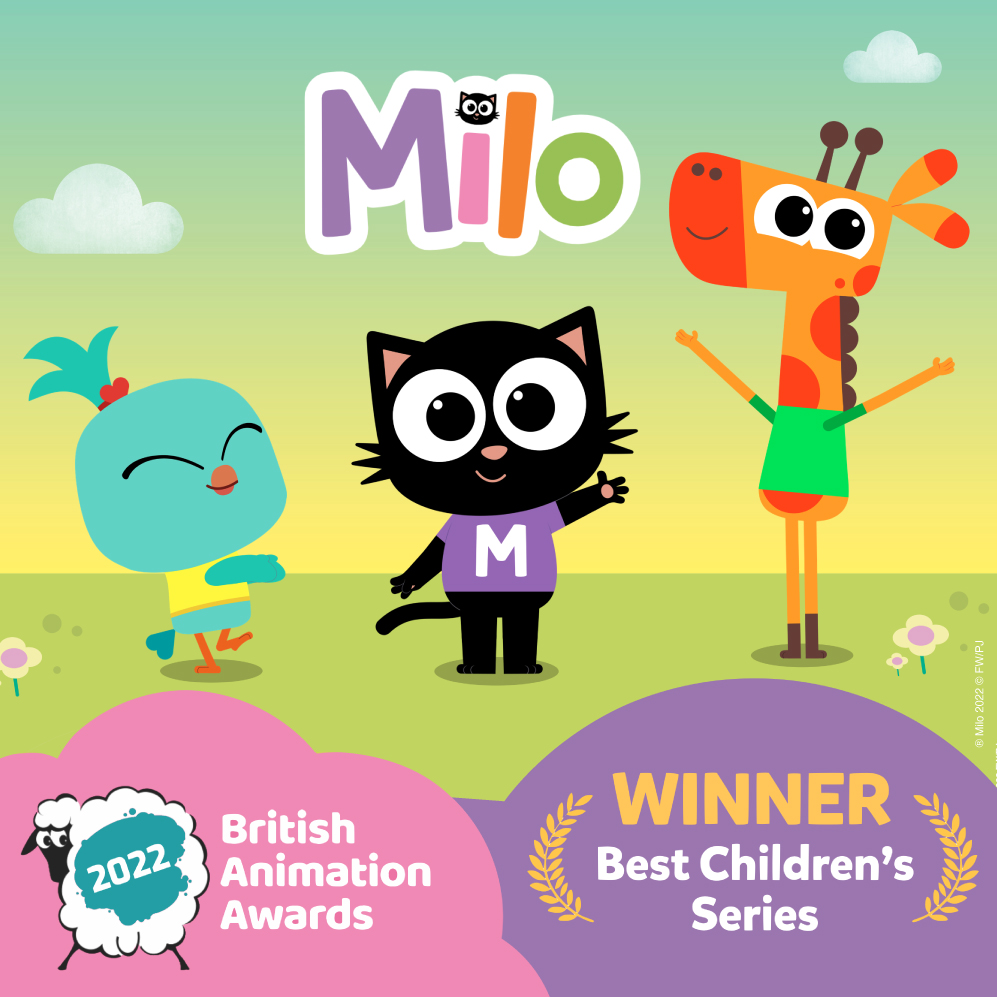 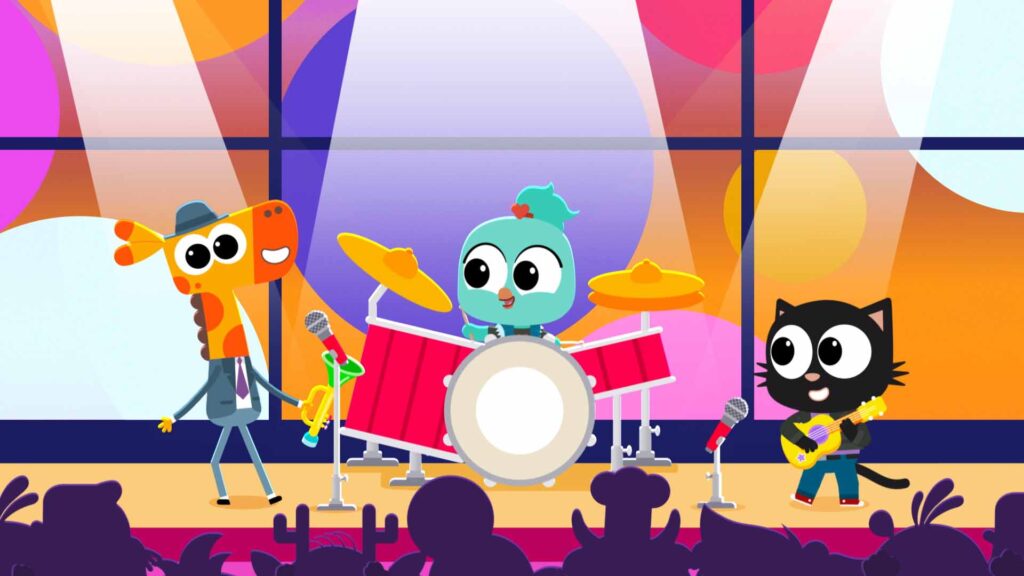 Since launching in the UK on Channel 5’s Milkshake! Milo has enjoyed high ratings and is also available on the broadcaster´s on-demand platform My5. Ahead of well-known series, since the launch in May 2021, Milo reached 1m kids between 4-15 and 3.3 million individual 4+ in the UK. Overall, Milo achieved an average audience of 53k Kids and a 17% share*. Milo, which already has more than 4 million views on its official YouTube channel, will soon be expanding on to new YT channels in other countries.

Milo (52×11’ episodes) is bright, colourful and brings a contemporary graphic style to the small screen. Together with his best friends Lofty and Lark, Milo uses role-play to explore the wonderful world of vocations – from Doctors and Mechanics, to Hairdressers, Chefs and Postal Workers – introducing pre-schoolers to a variety of professions in a positive and entertaining way. The series’ underlying message is that every job is AMAZING!

Milo was produced by Fourth Wall in association with DeAPlaneta Entertainment, a leading European entertainment company. Production was supported by the UK-Government funded Young Audiences Content Fund, which is managed by the BFI and supports the creation of distinctive, quality content for young audiences. The fund is intended to provide content that informs our understanding of the world, stimulates knowledge and learning, while representing diversity and alternative viewpoints.

DeAPlaneta Entertainment holds and manages worldwide consumer product rights to the series and is working with Lisle Licensing in the UK to build a strong brand presence and licensing programme.

DeAPlaneta Entertainment is a leading global company. It is part of the Grupo Planeta and De Agostini. It provides all audiences with an extensive selection of quality entertainment that combines creativity with innovation.

For over 20 years, DeAPlaneta Entertainment has acquired, produced and distributed unforgettable content and experiences. It works on everything: from films, fictional series, animation and licensed products to live shows, sports competitions and, more recently, NFT development and a metaverse presence.

It has achieved numerous global successes along the way. Highlights include releasing popular titles: The Physician, Saw and Oscar winners: The King’s Speech and The Pianist in Spanish cinemas, and creating series of the calibre of: Ana Tramel. All in.

DeAPlaneta Entertainment also manages and produces recognised children’s and family brands including: Miraculous Ladybug, Milo, Gormiti, Heidi and Maya the Bee. Itdevelops powerful stories and content that goes beyond screens for a universal audience. The company continues to expand and explore new areas in the interactive field, and has organised high-profile events such as the eCopa RFEF, and the national FIFA 21 benchmark tournament, with the support of the Royal Spanish Football Federation.

Fourth Wall is a multi-award-winning UK producer of animated kids and family entertainment and a publisher of children’s books. Based in the heart of Liverpool’s bustling Ropewalks district, the company creates evergreen characters and compelling stories for a global audience. Find out more at: www.fourth-wall.com

Channel 5’s Milkshake! is home to some of the world’s favourite pre-school characters. Channel 5 broadcasts 24 hours of children’s programmes every week and is the top-rated commercial block for Kids 4-15. Milkshake! features a range of stimulating, diverse and engaging programmes that include strong character-led animation, live action series, factual entertainment and presenter-led high-quality studio and musical entertainment, also available non-stop via on-demand service, My5, a magazine and touring Milkshake! Live theatre show. 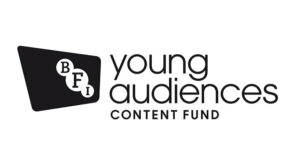 Managed by the BFI, the Young Audiences Content Fund (YACF) supports the creation of distinct, high-quality content for children and young audiences to be broadcast on free-to-access, Ofcom regulated television channels and online platforms.

Financed by the UK Government as part of the Department for Digital, Culture, Media and Sport’s Contestable Fund, the YACF aims to provide new avenues for creators of original content and bring new voices to the market, and back content which entertains, informs and reflects the experiences of young people growing up across the UK today. www.bfi.org.uk/yacf

The BFI is a cultural charity, a National Lottery distributor, and the UK’s lead organisation for film and the moving image. Founded in 1933, the BFI is a registered charity governed by Royal Charter. The BFI Board of Governors is chaired by Tim Richards. Their mission is: 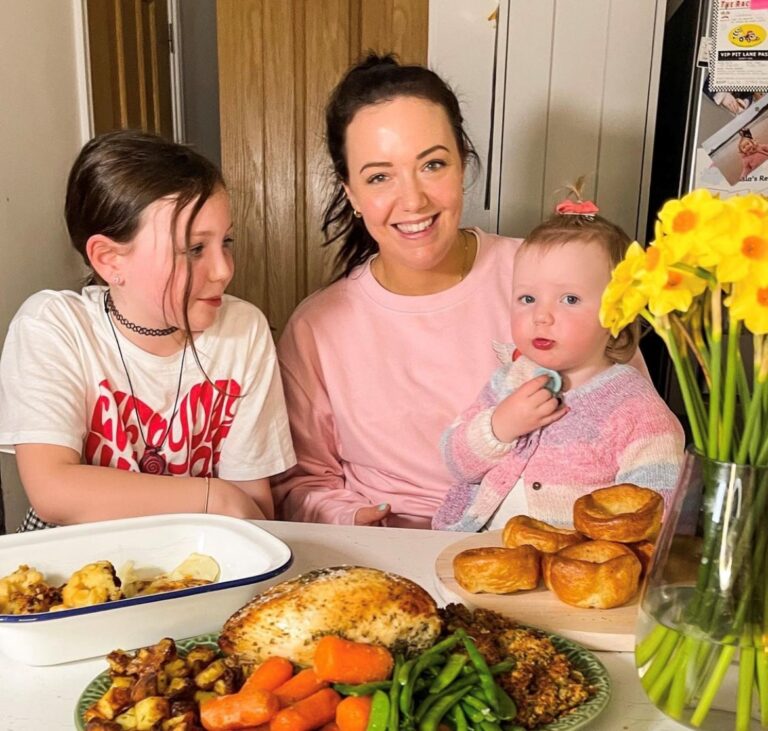 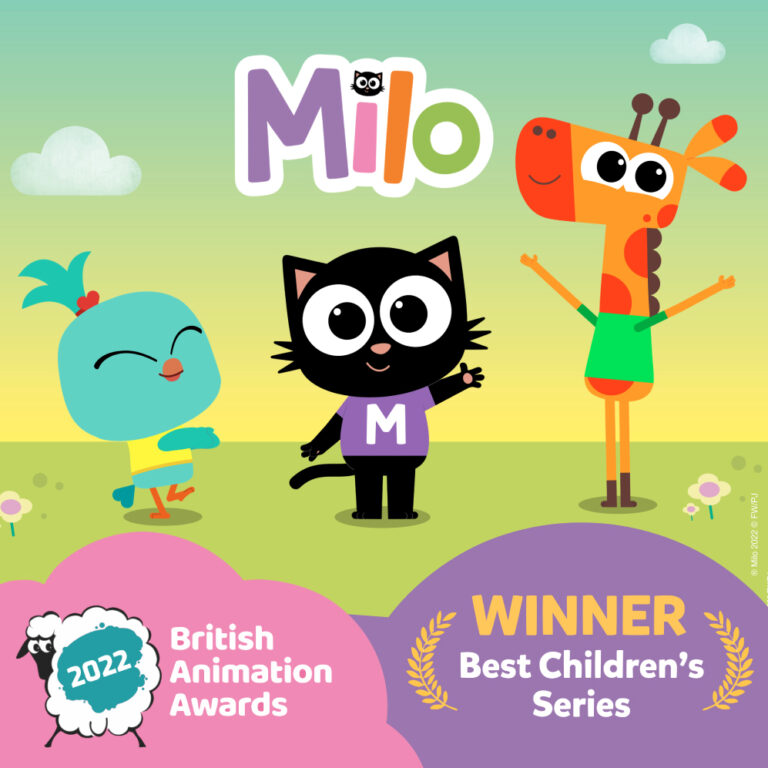